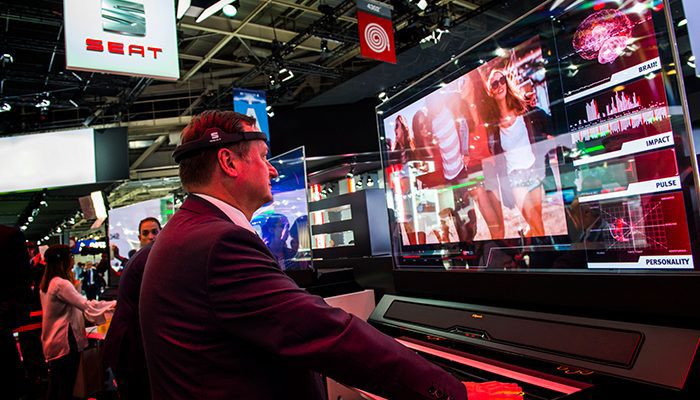 During the Paris MotorShow SEAT wanted to show the brand is in the technological forefront by deploying a high-tech interactive experiences at their booth. So besides installing a huge 4D theater with motorized chairs and VR headsets, Wildbytes worked on the SEAT Neuro Configurator. This is a car configurator that thanks to the bitBrain sensors we could configurate a car just with our mind and heartbeating. I collaborated in this project for the Paris Motorshow 2016 and for the Frankfurt Motorshow 2017 where a custom version of the Neuro-Configurator was created for the Seat Arona launch presentation. This was also shown in the Montmeló Circuit during the Seat León Eurocup and during the Brussels Motorshow 2017.